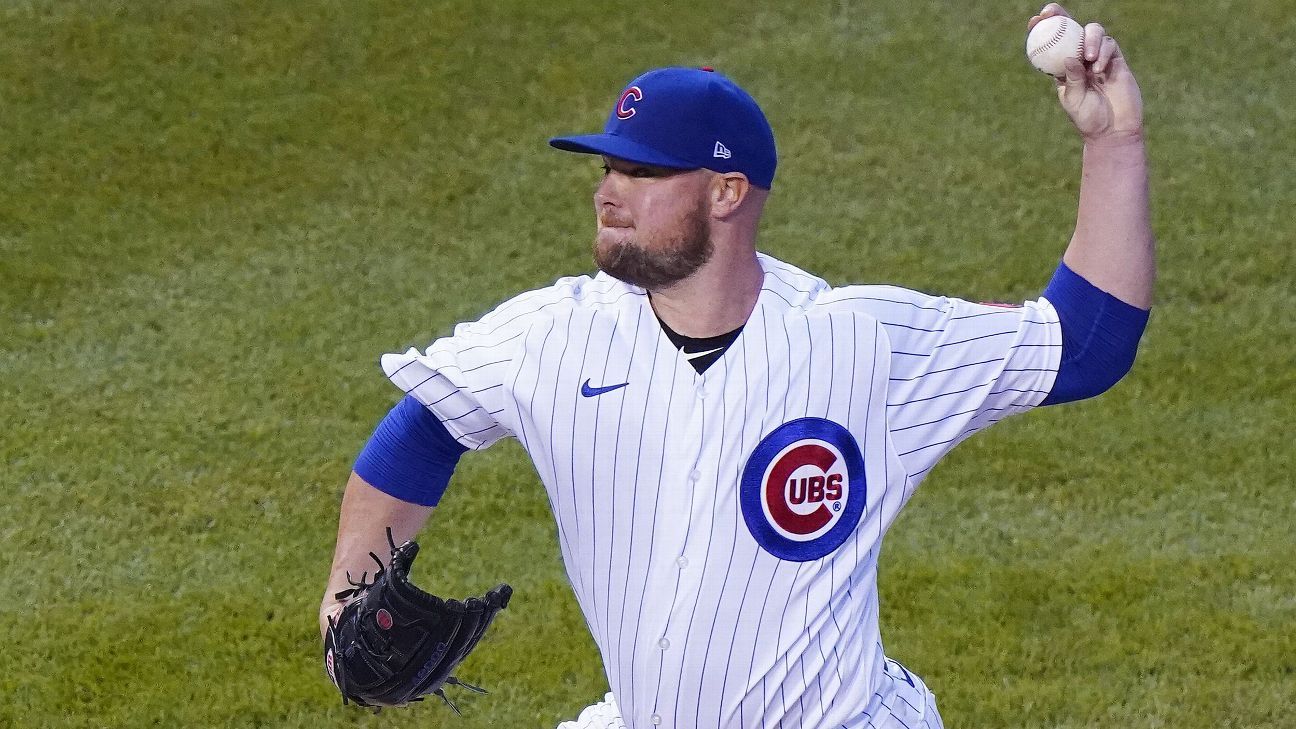 CHICAGO — The Chicago Cubs declined the $25 million team option on pitcher Jon Lester on Friday, but sources say they are likely to announce picking up the $16.5 million option on first baseman Anthony Rizzo before a Sunday deadline.

Lester, 36, was at the end of a six-year, $155 million contract with the Cubs and still could return on a lesser deal. He’s owed a $10 million buyout.

“I know there is some doubt as far as the money that’s out there but I would like to think we can definitely get this thing done,” Lester said on ESPN 1000 on Friday. “I think it’s going to be a long offseason for everybody.”

Lester is a three-time World Series winner and was considered a culture-changing addition to the Cubs when he signed with them before the 2015 season. He struggled in the middle of the 2020 campaign but pitched well down the stretch after fixing his mechanics. He has won 193 career games and has previously stated he would like to win No. 200 as a Cub. Lester was 3-3 with a 5.16 ERA in 2020.

Rizzo, 31, will be among players around the league who will have his team option picked up for 2021. The Cubs did the same with him before last season, picking up an option for the same price, $16.5 million. He has been a stalwart at first base and a leader in the clubhouse during the Cubs’ competitive years over the past half-decade.

Rizzo struggled some during the shortened 2020 season, hitting .222 with 11 home runs, but over the course of his career he has been a great value for the team after signing a seven-year, $41 million extension in 2013.

The Cubs will also decline an option on infielder Daniel Descalso. He’ll be owed $1 million.

Lester was asked when he was hoping to know if he’ll be back with the Cubs on a smaller deal.

“Things don’t happen until after Thanksgiving for a lot of guys,” he said. “Hopefully sooner rather than later.”