Brosseau on HR off Chapman: Not about revenge 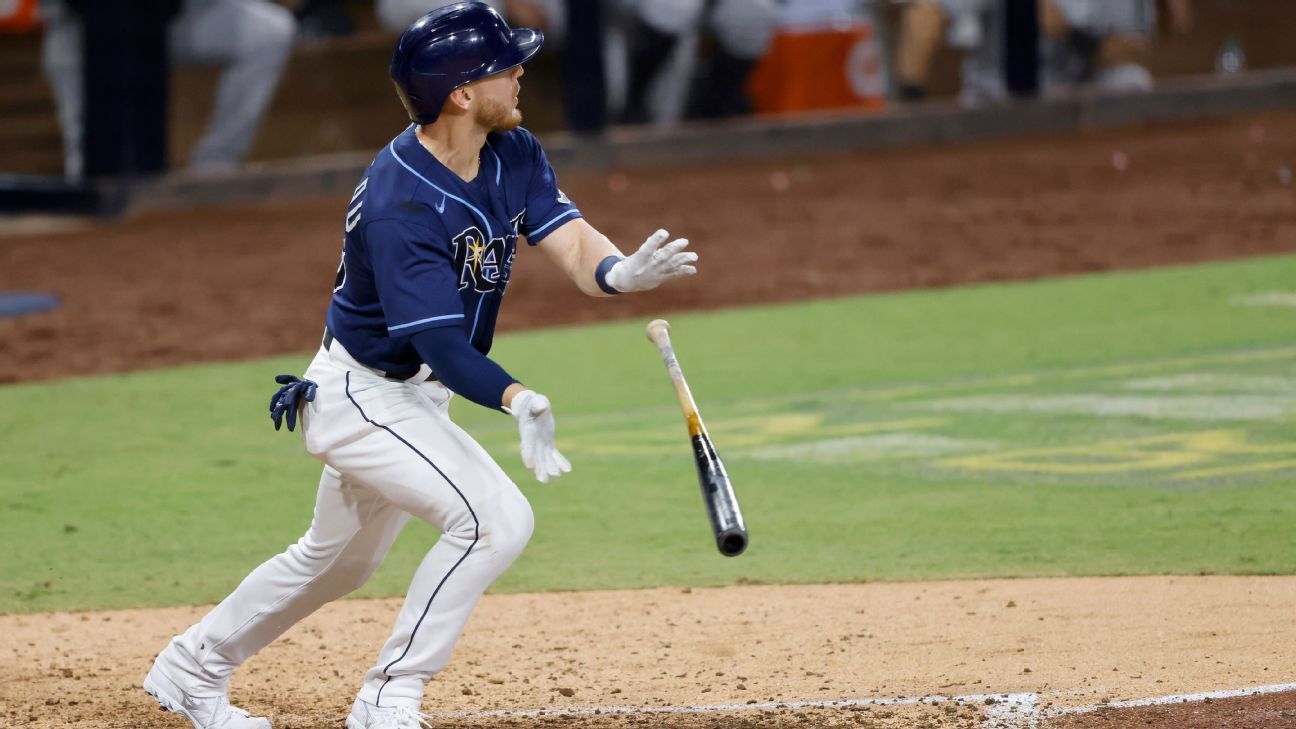 With one swing of the bat Friday, Mike Brosseau put the Tampa Bay Rays into the American League Championship Series.

He insisted afterward that the home run off Aroldis Chapman was especially sweet because of where it put the Rays — and not what it did to the New York Yankees.

Brosseau and Chapman have history: The Yankees’ closer threw a 101 mph fastball near Brosseau’s head on Sept. 1 in the ninth inning of a 5-3 Rays victory. Chapman likely had nothing against Brosseau, but the pitch was an apparent escalation of a feud between the AL East rivals, and it prompted Tampa Bay manager Kevin Cash’s infamous declaration that he has “a whole damn stable full of guys that throw 98 mph.”

The storyline brewed again when Brosseau stepped to the plate in the eighth inning Friday in San Diego.

The 26-year-old utility man delivered, hitting a line-drive home run to left field to end a 10-pitch at-bat to put Tampa Bay ahead for good 2-1 in the finale of the best-of-five series.

“No revenge. We put that in the past,” Brosseau said. “We came here to win the series. We came here to move on, to do what we do best — that’s play our game.”

Brosseau became the seventh player to enter a winner-take-all game as a sub and hit a home run. The most recent player to do that was David Ross of the Chicago Cubs in Game 7 of the 2016 World Series.

The significance of Brosseau’s feat was not lost on Cash.

“Look, that was hands down the greatest moment I’ve been a part of in baseball,” he said. “There’s been some great ones, but for what that meant to this team, how we got there, that matchup — pretty special. A lot went into that game, but for Mikey to come up there, in that situation, and just come up as big as he possibly could.”

The Rays move on to play the Houston Astros in the ALCS.

Houston knocked out Tampa Bay in the 2019 postseason, but Brosseau insisted the upcoming series won’t be about revenge, either.

“They’ve been the team to beat the last few years,” Brosseau said. “They knocked us out last year, so it will be fun to face them again.”