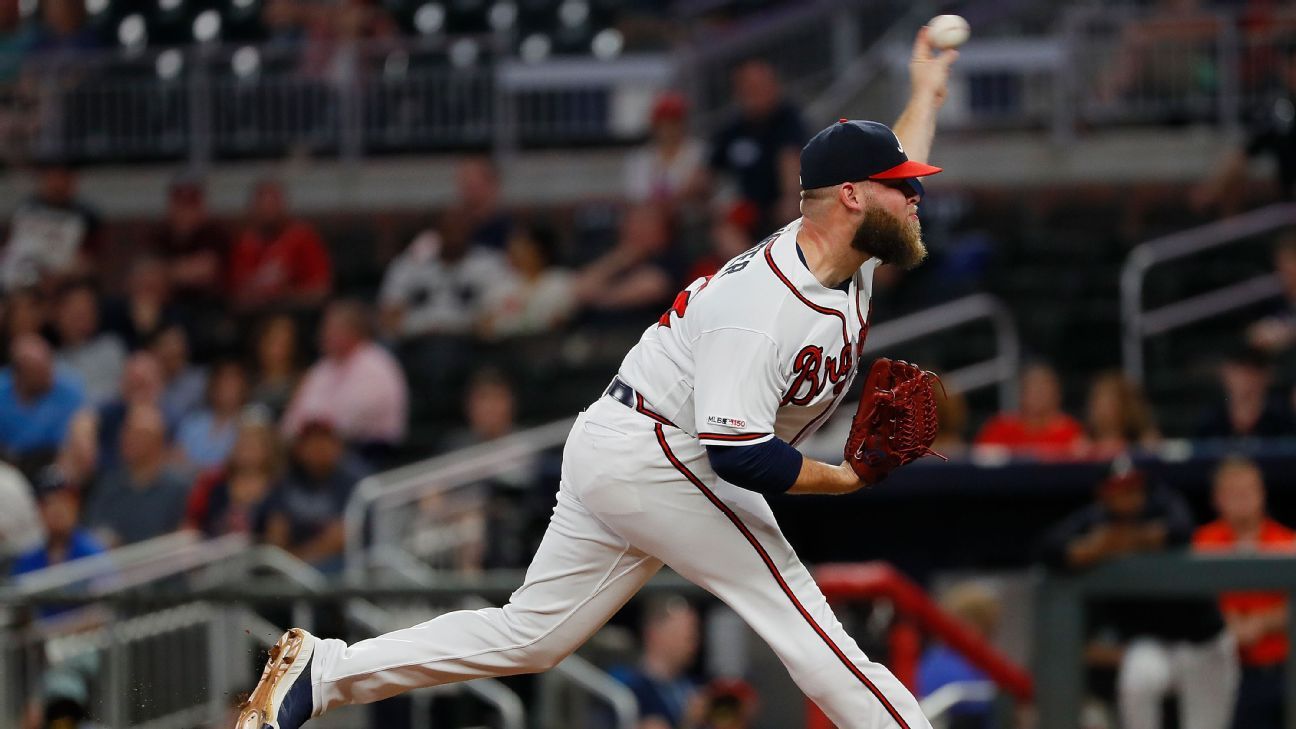 Atlanta Braves left-hander A.J. Minter will make the first start of his career in Game 5 of the National League Championship Series against the Los Angeles Dodgers on Friday.

Minter is expected to serve as an opener for the Braves, as he has not pitched two full innings in his 144 career appearances (regular season and postseason).

According to the Elias Sports Bureau, Minter will be the first pitcher in MLB history to make his first career major league start in a postseason game.

Dustin May is set to start Game 5 for the Dodgers after he threw 1⅔ innings in Game 1.

The Braves lead the series 3-1 and can reach their first World Series since 1999 with a victory.

With Kershaw coming up short, Dodgers are on the brink again
Kay indicted in Tyler Skaggs’ overdose death