Braves ‘flip script,’ back in NLCS behind pitching 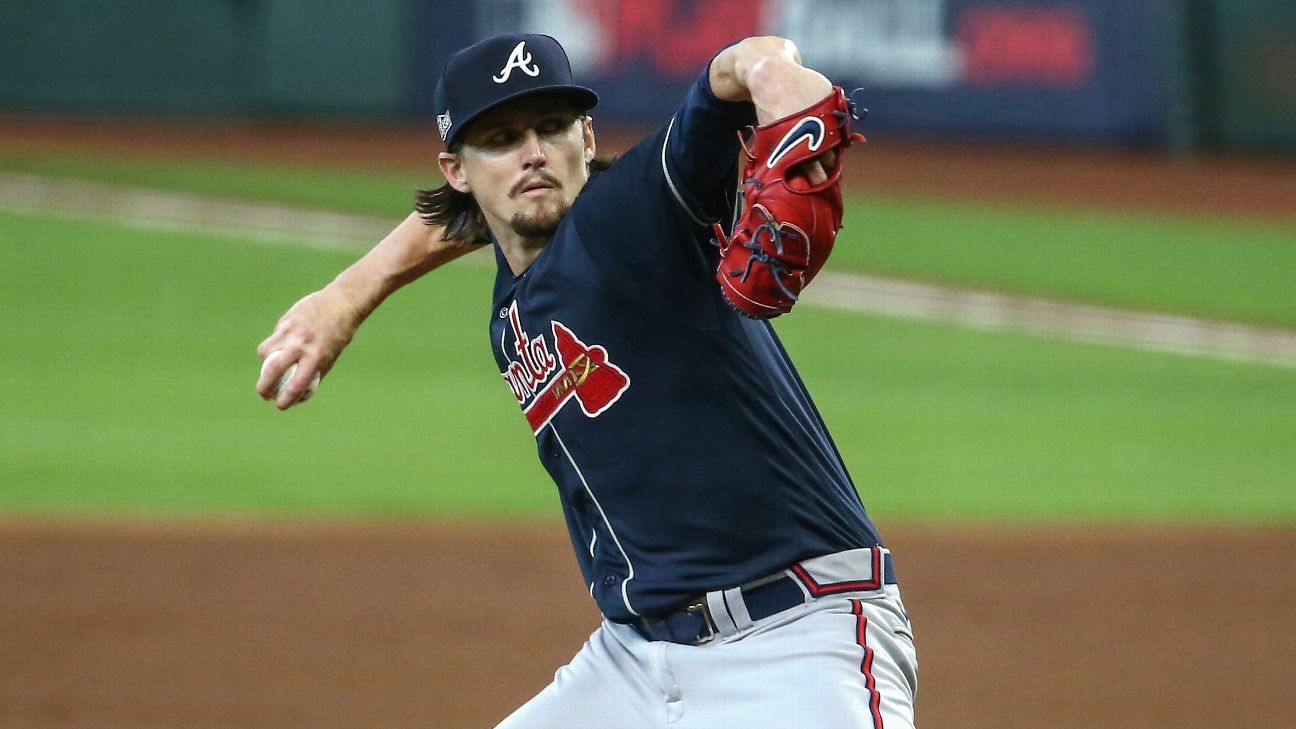 There was a point in September when the Atlanta Braves barely had a starting rotation. They certainly have one now, and by channeling the performance of great Braves staffs from the past, those pitchers have propelled Atlanta back to the National League Championship Series for the first time in 19 years.

The Braves finished a three-game sweep of the Miami Marlins on Thursday with a 7-0 whitewashing Thursday, led by six shutout innings from rookie starter Kyle Wright. They

Atlanta improved to 5-0 this postseason, with four of the wins coming via a shutout. The Braves joined the 1905 New York Giants as the only teams to post four shutouts in five games at any point in a postseason.

“We flipped the script,” Braves star Freddie Freeman said. “Everybody was talking about offense. Now everybody’s going to be talking about our pitching, which is great, because they deserve it.”

The Braves move on to face the Los Angeles Dodgers, who advanced after completing a three-game sweep of the San Diego Padres on Thursday night. The NLCS begins Monday at Global Life Field in Arlington, Texas.

It will be the Braves’ first NLCS appearance since 2001, when the club’s top hurlers were future Hall of Famers Tom Glavine, Greg Maddux and John Smoltz. The current Braves starters have a long way to go to match that trio, but they’ve done a fair imitation of them since the regular season ended.

Atlanta has given up only five runs over 49 innings for a 0.92 ERA while dispatching Cincinnati and Miami in back-to-back sweeps. Three starters — Max Fried, Ian Anderson and Wright — have started all five of the contests. Of the three, Fried, 26, is the graybeard of the bunch.

“It’s been fun,” catcher Travis d’Arnaud said. “They’ve just been executing. They’ve been doing their homework, trusting the game plan. It’s really amazing to see and amazing to be a part of.”

Early this season, it would have been impossible to envision a run like this for the Braves’ pitching staff, even though the veteran bullpen has been solid throughout. First, 2019 Cy Young contender Mike Soroka was lost for the season after making three starts. Veteran lefty Cole Hamels made one start. Another veteran, Felix Hernandez, opted out because of the coronavirus pandemic.

Through the end of August, the Atlanta rotation’s 5.46 ERA ranked 25th in the majors. By the second week of September, when Fried was laid up because of back spasms and Wright was trying to overcome early struggles at the club’s alternate site camp, Atlanta’s preseason rotation plan had vanished.

But with Anderson leading the way, the Braves look like a complete team now that they are waiting on the winner of the Padres-Dodgers series, with the battle for the NL pennant looming ahead.

“I think the guys over the course of this year, they started believing,” Braves manager Brian Snitker said. “We put the whole thing together really. I guess we fought that starting pitching bug to have a couple of these young guys step in and all of a sudden start making strides. [It] is really, really good and really encouraging for our season and our organization going forward.”

Since Sept. 15, one day after Atlanta was pounded 14-1 at Baltimore, Braves pitchers have put up a 2.64 team ERA over 17 outings, including the postseason. Opposing batters have hit just .212 during that stretch. Fried, Anderson and Wright combined to go 5-2 with a 1.86 ERA.

Wright’s emergence has been more recent. His early struggles left the top prospect’s career line through Sept. 8 at 0-7 with a 7.86 ERA. He has now won three of his past four starts and given up only two runs over 19 innings in his past three outings.

“An eight ERA isn’t exactly how you draw it up,” Wright said. “For me, it’s just finding a way to continue to get better. I think getting sent down this year was one of the best things that could have happened. I made a lot of changes that have helped me. There have been a lot of people along the way to push me in the right direction.”

That’s quite a turnaround, for Wright and the team, which went from virtually no rotation to one of the most exciting young groups in the game. The Braves are just the fourth team to sweep a series scheduled for five or more games using only starters aged 26 or younger. The others were the 2007 Rockies (Jeff Francis, Ubaldo Jimenez and Franklin Morales), the 1969 Mets (Tom Seaver, Jerry Koosman and Gary Gentry) and the 1966 Orioles (Jim Palmer, Dave McNally and Wally Bunker). All of those clubs won pennants, and the latter two won the World Series.

Hot young starters. The heated competition of October baseball. It’s a magical combination. And it worked so well for the Braves, they now have three days off to prepare for the Dodgers.

“I love the fact that we can give [Braves fans] something to look forward to,” Snitker said. “These guys are very entertaining and they play their hearts out every night. I’m so proud of them. I’m equally proud that we can give our fan base something to cheer about and get excited about here in the next couple weeks.”

Dodgers roll into NLCS with sweep of rival Padres
Rays bring down Yankees, advance to ALCS