Back with Twins, retirement not on Cruz’s mind 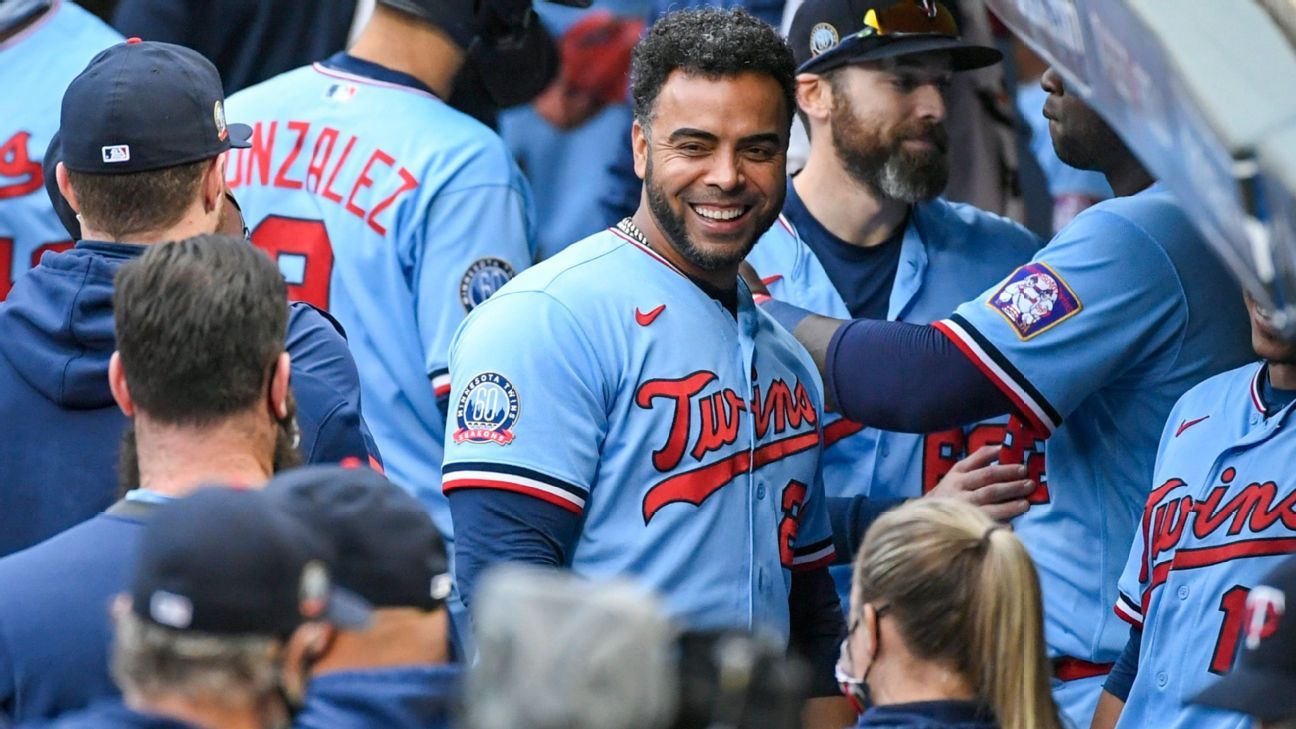 MINNEAPOLIS — After re-upping with the Minnesota Twins for what will be his 17th major league season, Nelson Cruz clearly was not ready to entertain the idea of a farewell tour.

His bat surely hasn’t shown any quit, either.

“To be able to go where we want to go, I have to do my best. I have to be my best. I have to be on top of my game. So retirement is not on my mind,” the 40-year-old said. “My body feels great. My mind is still good, too. So there’s no reason. I still love the game. I don’t know what else to do. I have some plans after retirement, but I’m not ready yet.”

The Twins finalized their $13 million, one-year contract on Wednesday with the designated hitter and most valuable player from the AL Central champion teams of the last two seasons. Uncertainty about whether the DH would be used in the NL this year contributed to the delay in reaching agreement as his market value was being assessed, but both Cruz and the Twins expressed a mutual desire for him to return all along.

Cruz, who agreed to the terms a week ago, said during a video conference call that his respect and admiration for team officials like general manager Thad Levine — whom he previously played for with Texas — sealed the deal.

“At the end of the day, we know that we love each other and we have a really good relationship,” said Cruz, who has led the Twins in home runs in each of his two years with the team and ranked second and fourth among AL batters in OPS. The six-time All-Star won Silver Slugger awards in 2019 and 2020.

Cruz batted .303 with 16 homers and 33 RBI in 53 games during last year’s pandemic-shortened schedule. He won the Marvin Miller Man of the Year Award in 2020, an honor voted on by his peers for a player most respected for leadership on the field and in the community. Cruz won the team MVP and leadership awards in each of the past two seasons, as well.

“I think we all know what Nelson can do on the field. His power is prodigious. But what he does in our clubhouse and our community is equally as significant, and every single club is looking for that,” Levine said. “I think we feel blessed that he came back to our team. He’s such an important part. We’ve seen him elevate the level of play of people around him. To me, that’s what a championship player is.”

The first pitchers and catchers workout of spring training for the Twins is set for Feb. 19, and the first full-squad workout follows on Feb. 23 as the club tries to not only defend the division title but end that record 18-game postseason losing streak.

“I know what pieces we need to jump the hump,” Cruz said, adding: “I trust the team that we have, and I trust the whole group of coaches and staff we have. I don’t want to be any other place. I want to do it for the city and the whole organization.”