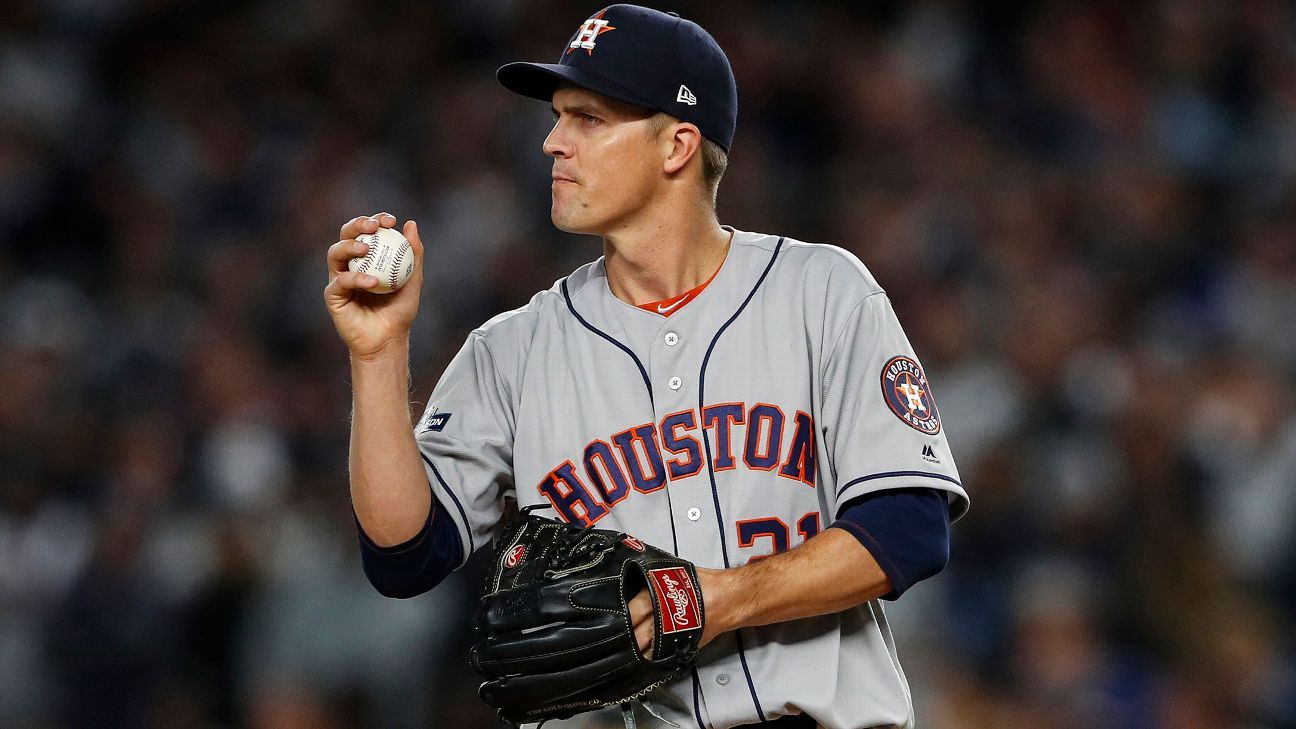 LOS ANGELES — Zack Greinke‘s ailing right arm is structurally sound and the team is still hopeful that he can contribute again at some point this postseason, Houston Astros manager Dusty Baker said Wednesday morning, hours before Game 3 of the American League Division Series.

Greinke, who hasn’t pitched since Game 1 of the wild-card series eight days ago, threw somewhere in the neighborhood of 15 pitches off flat ground at low intensity after Tuesday’s 5-2 win over the Oakland Athletics, then spent a long time chatting with Astros pitching coach Brent Strom. Strom told Baker that the session went “pretty good,” according to Baker.

Baker was initially hoping the Astros would win Game 3 in part so that his team would have three days off before the start of the next round, but they instead lost 9-7. Frankie Montas will start for the A’s in Game 4, but the Astros aren’t expected to announce his opponent until Thursday morning. Greinke “might be” available, Baker said.

“We’re a little thin,” Baker acknowledged. “Whoever starts tomorrow, we need some innings out of him.”