Ahead of deadline, Astros offer deal to Correa 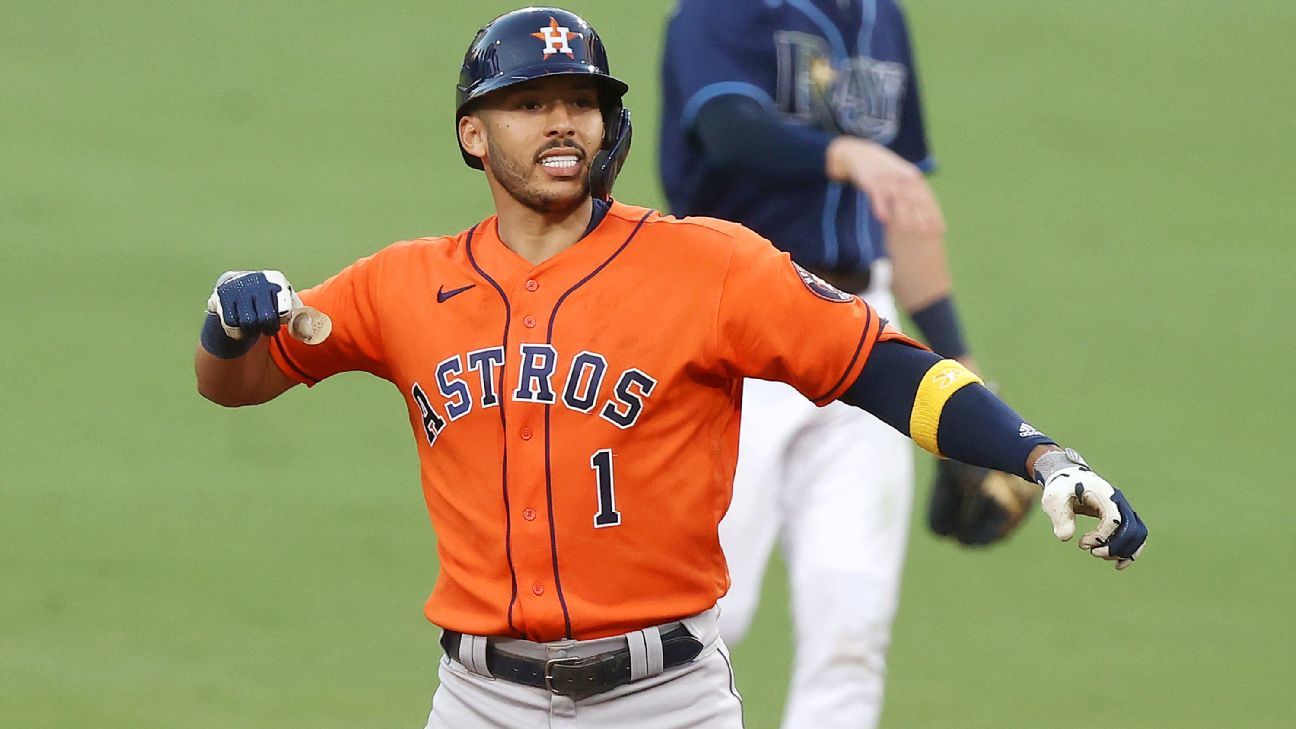 The Astros, who made the playoffs despite a 29-31 record in the pandemic-shortened season, also reached a one-year deal with righty Austin Pruitt.

Diaz, 30, also excelled in the postseason, hitting .353 after batting .241 in the regular season.

Acquired last January from Tampa Bay, Pruitt, 31, missed this season because of an injured right elbow. He had surgery in September and is expected to be able to pitch early next season.