Alq Gurley Reflects on His Career on ‘Monday Night Muscle’ 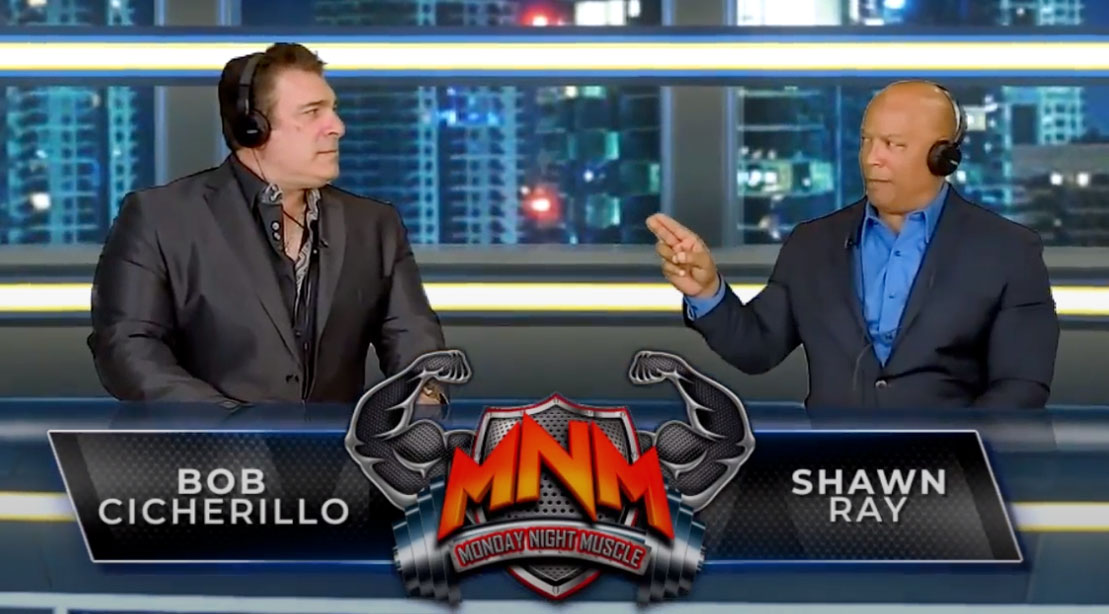 This week’s episode of “Monday Night Muscle” featured hosts Bob Cicherillo and Shawn Ray having a past bodybuilder on that was at one time considered the “next” Shawn Ray.

Alq Gurley, the 1990 NPC Nationals Overall champion, was the featured guest, and he shared a lot of memories and thoughts about his decade-long bodybuilding career.

Gurley made headlines early on his career because he sat out his entire first season as a pro. He explained his mindset about that decision to Ray and Cicherillo.

“I sat out because I needed to make a lot of improvements … retool, size up, and be able to stand in when it came time to stand with the pros. So my rookie year, I sat it out. People were kind of pissed off at me about that. My first show was in ’92 at the Iron Man, and I placed 3rd behind Robby Robinson and Vince Taylor.”

Gurley’s onstage career would officially end in 1999, after an injury he described as a “freak slip and fall” while leaving a Philadelphia 76ers game in 1997.

“I had a catastrophic injury. I blew out both knees, had patella tendons rupture,” he says. “With that, that pretty much put the brakes on everything. Even my surgeon at the time was telling me, ‘Look, you can compete again, but we can’t guarantee the repair.’; This was literally a couple weeks before my debut at the Night Of Champions.”

In spite of the injury, Gurley would make a full recovery, and even returned to squatting, which was initially against the doctor’s advice. He shared that the surgeon actually joined Gurley in the gym to see what he was doing that helped him improve as quickly as he did.

“They told me to take it easy, don’t do anything, but the other advantage I had, I had a young intern that was the chief surgeon’s assistant. So he came into the gym, and he wanted to see what I was doing because they were amazed at how quickly I was recovering and even be able to maintain the muscle mass. So he watched me squat on the Smith machine. And from that point on, I was doing squats on the Smith machine, I was doing leg extensions … everything that I had done prior to the injury.”

After Gurley left the stage for the last time in 1999, he had to adjust to life post-bodybuilding. Cicherillo asked him what direction he went in order to move forward.

“I was fortunate enough to run into a couple of guys, and I went into business, business development companies, and I basically went on that path. I stayed away from the competition arena completely. I had this little thing when I was competing. I was like, ‘I’m not going to the show unless I’m in it.’”

The Philadelphia native did explain to Ray that it was thanks to people he kept close to him that he was able to stay away from the sport and focus on the next chapter of his life.

“I was always fortunate enough to be around a bunch of grounded people, you know coming up. I went back to Philly for a while, and I stayed among my closest friends, the guys I grew up with, and they basically got me back on track because they knew I was hurting and they knew that, hey, the thing that I put so much time and energy into, it’s no longer there. So they were like ‘yo, man. Bodybuilding was something that you did. It’s not who you are.’”

Gurley was also blessed to have the support of his family. Ray asked him about how they felt about him flying around the world for the purpose of showing off his body.

“Everybody thought it was great. My father was particularly taken by it because back in the day, growing up in Philly, I didn’t feel like doing nothing. You heard about Paris, you hear about Rome, yeah, it’s alright but I ain’t interested. But once I turned pro, all that changed and I got a chance to see Europe, pretty much just about every country, and not just in competition. Because I was national champion, I got invited to guest posings in Germany, France, Italy, Hungary, Yugoslavia, [Czech Republic]. I mean, literally all over the place.”

Some of the other topics Gurley and the hosts also reminisced about included past European tours, Gurley once being referred to as “the greatest amateur of all-time,” seeing Ronnie Coleman’s shocking Olympia win in 1998.

Catch this episode and every episode of Monday Night Muscle starting at 6 p.m. EST on the Digital Muscle YouTube channel.

Military Monday: Become ‘Hard to Kill’ with this Leg and Cardio Workout
Big Ramy: Winning Olympia Felt Like a Dream