Ty Long on time with Lions: ‘I had two special years’

He has always embraced defying the odds. That hasn’t changed for Ty Long, even after 18 regular season appearances with the Los Angeles Chargers where he has handled punted duties and even served as the team’s emergency placekicker for a brief stretch last season. The two-time CFL All-Star and 2018 finalist for league Most Outstanding Special Teams Player joined 1st and Now Chat to talk about his journey to a starting role with the Chargers.

When asked about his proudest accomplishment with the Lions, Long continues to reference the fact he exceeded a lot of people’s expectations after reporting to Kamloops for his first training camp in 2017.

“I’ll be honest with you; the thing I’m the most proud of was when I got there, there wasn’t no one giving me a chance to be the guy, and I left, I felt, being one of the best specialists to put on a BC Lions uniform,” Long said from his home in Huntington Beach, California.

“When I got there I didn’t have too many people who knew who I was or gave me a shot and for me, I went out there and I felt like I had two special years. It was a lot of fun. I loved the performances that we had and I felt like I gave everything I had every time I stepped on the field. That was the biggest thing for me; being able to show people what I was capable of.”

RELATED
» O’Leary: Hufnagel’s coaching tree reaches across the league
» All-Decade Team voting now open for all positions
» The Waggle: Brandon Bridge from QB to policing and the BLM movement 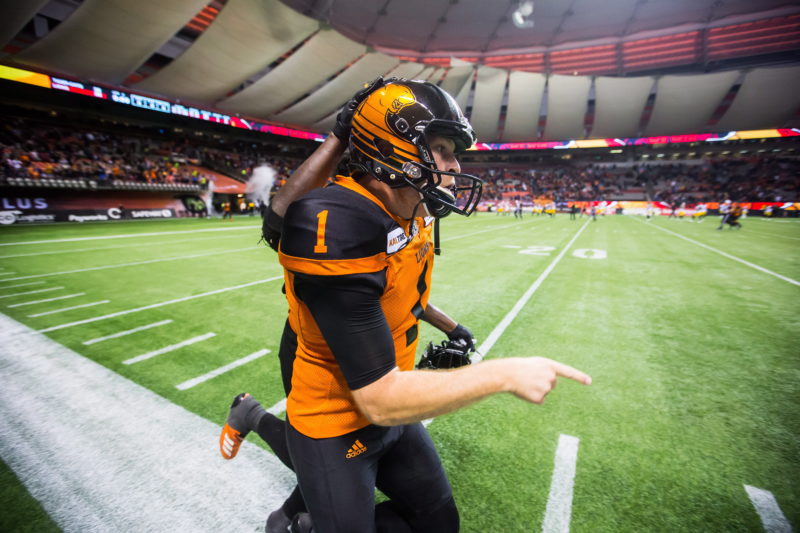 Long spent the 2017 and 2018 seasons with the BC Lions before going to the NFL (BCLions.com)

Long presents another fine example to never jump to conclusions when you first scan a training camp depth chart. After his old high school buddy Richie Leone departed a deal with the Arizona Cardinals, the Lions brought in veteran Swayze Waters in 2017 free agency. A leg injury limited Waters’ ability to perform at 100 percent in camp which meant Long found himself on the week one roster.

He never gave the squad a reason to take him off.  When his production improved in year two, you knew this was a guy who would draw attention from NFL suitors, and the Chargers would quickly lock him up to a 2019 futures deal. Long still looks back on the early days with the Lions as being crucial to his development. A 2017 extended road trip to Kingston between games against the Argonauts and Alouettes will always hold a special place in his heart.

“It’s funny, I still tell people about that trip and when we went over there,” Long explained.

“It’s just something I’ll never forget and those two games, I’m pretty sure we beat Toronto, beat Montreal back-to-back. That was just such a fun time in my career. I’ll never forget it. Those two weeks were like my time where people around the organization got to see who I was, obviously as a player, but more as a person too because we were all spending more time with each other. That’s when I really started to enjoy my time up there. That trip was so much fun.”

His business trips look a little bit different now. After opening the 2020 regular season with a win in Cincinnati, Long and the Chargers lost a tough overtime contest to the defending Super Bowl champion Kansas City Chiefs in their first game at the sparkling new SoFi Stadium. The new venue in Inglewood is shared with the Los Angeles Rams.

“It’s like nothing I’ve ever seen before. I tell you this, it’s going to be one of those stadiums that when people get there, your jaw drops,” Long said of his new home business address.

It would certainly feel different than the smaller soccer stadium in Carson where the Chargers had played the previous three seasons since moving up from San Diego. Upon his arrival in Southern California last year, Long credited veterans like quarterbacks Philip Rivers and Tyrod Taylor for helping him adapt to life as an everyday NFL player. The fact he had previously attended camps with Washington and Pittsburgh prior to the Lions helped him adopt the mindset that he was already an experienced veteran. 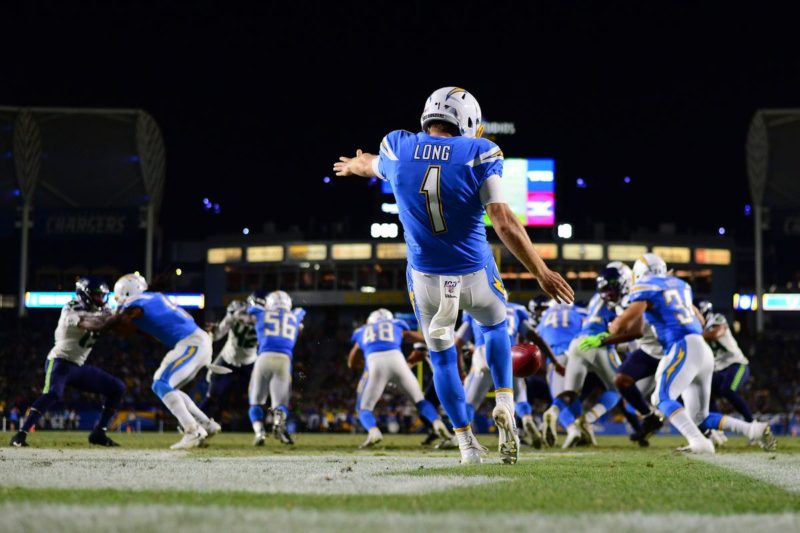 “Last year was crazy with being told I was kicking field goals the day before my first game here, but it’s something I was ready for. It’s been so exciting just to live out my childhood dream and I enjoy it every day. I really love doing this. I’m so lucky this is my job. It’s really been special and I just enjoy every day of it.”

Not only did he handle field goal duties at the time but he became the first NFL player since Olindo Mare in 1997 to make a field goal, an extra point and punt in his league debut. Not too shabby.

And even though he has made an impact down south, Long will never forget the support of the great Lions fans he had the pleasure of meeting in his two seasons up north.

“I remember every home game, and I tried to do it every away game, but every time before the game I’d try to run around and see all the fans on the field, give everyone a hive and sign some autographs,” he said.

“I loved my time in Vancouver, I loved playing for the BC Lions, I miss the city, I miss the people up there and I can’t thank them enough for all the support they’ve given me and given the team over the years. I’m just forever grateful and I miss them. Appreciate everything they do.”

O’Leary: Hufnagel’s coaching tree reaches across the league
Nye: Reminiscing on an interesting October in Riderville