As we get set for the 2021 CFL season, catching up on roster movement around the league has been double the task. With two free agency periods to take into consideration, there are a number of departures that might catch you off guard.

With training camps tentatively about a month away, this week’s column focuses on some of the most significant departures going back to the last time we saw three-down football in 2019. We’ll start with the East Division this week with the West up next.

The Argos are a drastically different looking team since the last time we saw them. General manager Pinball Clemons has been aggressive in revamping a roster that struggled to a 4-14 record in 2019. With additions like Cameron Judge, Charleston Hughes, and Cordarro Law, it’s easy to forget they’re also losing a key piece of their defence in Laing.

The four-time East Division All-Star signed with Ottawa in 2020 free agency coming off another standout season. Laing’s last year in Toronto saw him finish with seven sacks in 15 games as one of the few defensive bright spots in a generally frustrating campaign. Newcomer Drake Nevis will help fill the void, as will other Argonaut adds, but Laing is a CFL rarity. A dominant interior defensive lineman with a Canadian passport is hard to replace.

Coming out of 2020 free agency, the Ticats looked to be set at the SAM linebacker spot. Three-time East Division All-Star Murray had re-upped, while Patrick Levels had signed on after a year in Montreal. Well, one cancelled season later and Levels is back with the Alouettes and Murray announced his retirement in February. While not a surprise to the team, Murray’s retirement leaves a massive hole at an important position. 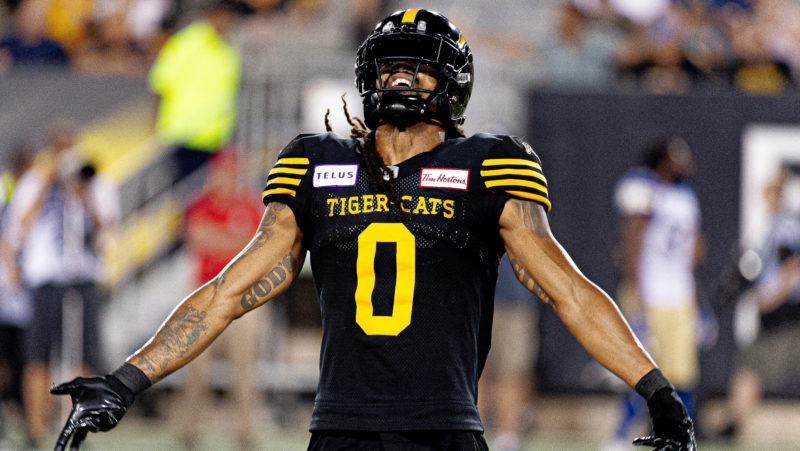 In his eight CFL seasons, mostly in Hamilton, Murray established himself as one of the league’s elite cover linebackers. His 2019 was as sparkling as they come. Per Last Word on Sports, opposing teams completed just 57% of their passes (39/68) when targeting Murray for just 357 yards and no touchdowns. Hamilton is bringing back the vast majority of their defence for 2021, but they will have one big training camp question mark at SAM.

In what was a miserable campaign for the REDBLACKS, the emergence of Rhymes as an impact receiver was a real bright spot. Rhymes led Ottawa with 1,056 receiving yards and five touchdowns in 2019 even with all kinds of instability at quarterback. Rhymes signed with the BC Lions in February 2020 and could be a massive breakout candidate this season.

The REDBLACKS return a pair of important receivers in veteran Brad Sinopoli and the underrated RJ Harris, and they should prove to be important for new quarterback Matt Nichols. But minus Rhymes, Ottawa is without their most dangerous big-play threat; he busted ten gainers of over 30 yards in 2019. With Caleb Holley also off to BC, new head coach Paul LaPolice is going to have some interesting battles to fill out his receiving core.

Montreal’s resurgent 2019 was due in large part to the emergence of quarterback Vernon Adams Jr. and a suddenly explosive offence. Quietly, though, the Alouettes also relied heavily on a significantly improved defensive group to make the playoffs for the first time since 2014. Well, that defence has absorbed some losses. Defensive back Ciante Evans signed in Hamilton while fellow DB Tommie Campbell jumped to Toronto before announcing his retirement in December. 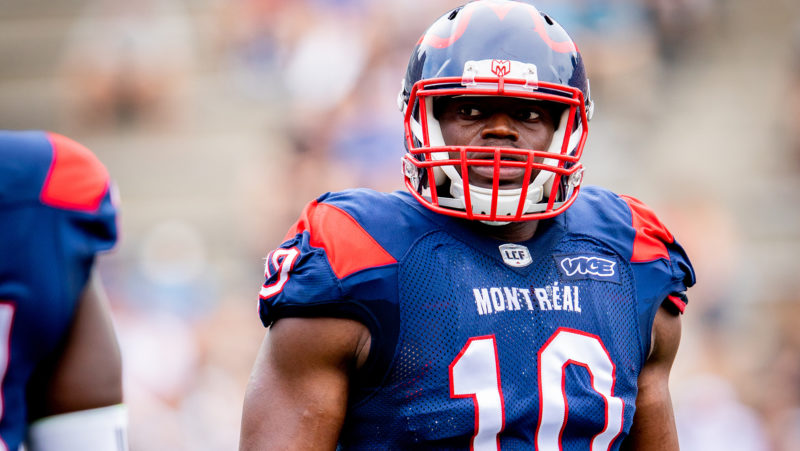 The most significant loss, however, is unquestionably Muamba, who just happens to be the defending Most Outstanding Canadian. Now a member of the Argonauts, Muamba leaves a massive void in the middle of Montreal’s defence. 2019 saw Muamba finish with 93 tackles after posting 108 with the Alouettes the year before. There are some interesting candidates to help fill the void, but fully replacing Muamba at middle linebacker is going to be beyond difficult.

There is a palpable buzz in the air when it comes to a 2021 season. We’re on the verge of hearing all the details about what this 14-game season is going to entail. Regardless of who I’ve talked to over the last couple weeks, eager anticipation is the overwhelming theme. Any player or coach I’ve touched base with shares that feeling.

It has been awesome to see how the conversation has changed coast-to-coast. Instead of uncertainty, we’ve seen online debate about what this year’s schedule should look like or how many teams should be going to the playoffs. It’s hard not to feel excited.

As we hopefully move closer to the news so many of us have been waiting for since March 2020, I think it’s important to recognize the hard work it has taken to get here. The CFL Players’ Association has been engaged in meaningful conversations with the league since February. There was a lot to work through, but both sides approached a return to play as partners and it led to last week’s ratifying of a memorandum of agreement.

On the other side, commissioner Randy Ambrosie has been hard at work since the 2020 season was officially cancelled. From negotiations with the CFLPA to health and safety conversations with six different provincial bodies and the federal government, this has been a gargantuan task.

This league employs thousands of Canadians in some capacity on and off the field. It’s an important part of the sporting culture in this country. Last summer had more sports than we perhaps expected originally, but it wasn’t the same without four CFL games each week.

If all goes the way we’re hoping, things will feel that much more normal come August.