I missed you last week!

‘You’ being the CFL fans who would have gathered in my home province of Saskatchewan for the Grey Cup Week.

There is one thing I know about Saskatchewan in regards to being a Grey Cup host; it would have been a party!

Can’t wait to host you in two years. 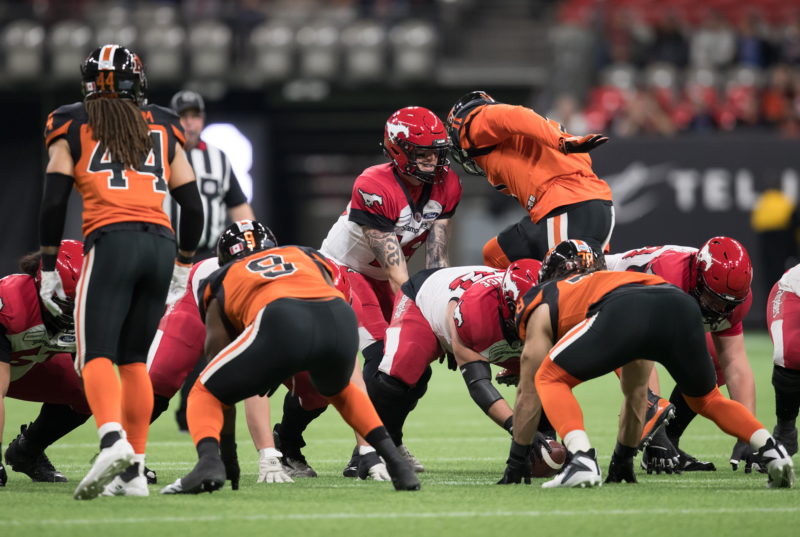 Of course a week ago the CFL released their 2021 season and even though there are still the ifs, ands and buts about next year, I’m trying to jump out of my comfort zone.

Some call it pessimism. I say I prepare for the worst and hope for the best.

So I’m going to allow myself to just hope for the best and take a gander at the top 10 games on the schedule in 2021.

I don’t even know if the BC Lions/Calgary Stampeders game will even be televised but I don’t care. There will be highlights of CFL football for the first time since the 2019 Grey Cup.

Will Mike Reilly and Bo Levi Mitchell even play in that game? DON’T CARE! I need to see the 150 x 65 yard field with three downs and a kicking game that actually matters.

9. Welcome back CFL on Thanksgiving

I’m a strong believer in the CFL needing to capitalize on the Canadian traditions throughout the season from Canada Day to Labour Day as well as Thanksgiving Monday.

2019, the league didn’t have a Thanksgiving Monday game that had become a semi-tradition in Montreal over the years. And in 2021 it returns to Montreal with the Alouettes hosting the REDBLACKS.

A quick in the schedule for this year is a pre-Labour Day Classic between the Argonauts and Tiger-Cats on a rare Wednesday night in Toronto. It’s smack dab in the middle of a three game in 10 days for the Argonauts but it’ll be an intriguing appetizer for the Labour Day Classic the following Monday in it’s traditional time and spot at Tim Hortons Field in Hamilton.

In 2021, there is no return visit to Winnipeg for Matt Nichols after leading the Bombers to some success in his time as the starter. Of course, his injury last year made way for the Bombers to make a deadline day deal for Zach Collaros who lead the team to the 2019 Grey Cup Championship.

Zach Collaros led the Bombers to a Grey Cup, winning all four games he started for the team (Dave Chidley/CFL.ca)

I’m always intrigued when the quarterback goes up against the team that, you could argue, dispatched him despite some success. The problem for Nichols is he wasn’t able to win the Grey Cup for the Bombers, and  Collaros did.

There is no real bad blood there but you have to think some motivation will be on tap for Nichols to show Winnipeg they picked the wrong guy.

Young Nick Arbuckle learned plenty in Calgary from Mitchell, Dave Dickenson and I’m sure at times, John Hufnagel. But now Arbuckle has his own team and he’s been waiting a long time for this moment (over a year after signing his deal in Ottawa).

This is a different story than Nichols and Collaros, this is the future up and coming star who left his back-up job trying to beat his mentor. And you know when Ottawa and Calgary get together, overtime is almost a guarantee.

Throw in two Labour Day rematches with the Bombers and Riders, and Calgary and Edmonton, and then throw in a Saturday night from BC. Place Stadium with the REDBLACKS and Lions.

9 hours of CFL football…. I’ll never complain about that, especially after 2020.

Could the CFL have thrown more story lines into the opening game of the back to work season? We get the Bombers and Tiger-Cats in a Grey Cup rematch 19 months in the making. You wonder if the Tiger-Cats will be extra eager to not only get back on the field but get back some revenge from their Grey Cup defeat in Calgary in 2019.

Match that up with the opening game of the season, to a national audience anticipating the big play CFL to excite and entertain once again.

‘THIRD AND ONE FROM THE GUN, UNDERNEATH THOSE THURSDAY NIGHT LIGHTS!!!!’

Bring it on, baby!

Psst. This is also a Thursday night – see above.

But, seriously, the Roughriders have absolutely nailed Canada Day games in the past with amazing fly overs, to the massive fan card images to some sensational football games. 2010, you may remember, is one for the ages.

But you also tie into a special event for the CFL on Canada Day. I hope it’s the loudest anthem we hear in a long time as it will feel good to again celebrate our great country with this great league!

As Commissioner Randy Ambrosie has mentioned plenty of times, it was this weekend in 2020 where it really hit home we weren’t going to have our CFL traditions. I’ve already written about the meaning of Labour Day Weekend in Saskatchewan for the Riders and Bombers.

But for Calgary and Edmonton fans, as well as Tiger-Cat and Argonaut fans, the traditions were equally missed. Being able to share some libations, laughs and jeers again on one of my favourite weekends of the year, will be a welcome return.

Hopefully the football will match the energy of the fans.

The Hamilton Tiger-Cats last hosted a Grey Cup game in 1996. They are one of the heartbeat franchises of the CFL and any Tiger-Cat fan I’ve ever met knows how to have a good time.

I’m allowing myself to think about the fun that will be had in Hamilton in 2021. It has the potential to trump any Grey Cup celebration ever because it won’t be one we take for granted.

I’m not sure the result of the game will even matter to the seven other fan bases that don’t have a team in the hunt, we just want to see that beautiful silver mug raised above the heads of champions.

I’ve covered all but one of these games since 2009 and want to be back on the field covered in confetti to celebrate the conclusion of a season that today continues to feel like a lifetime away, but can’t get here soon enough.