TORONTO — The Canadian Football League (CFL) Scouting Bureau has published the first edition of the Top-20 prospects eligible for the 2021 CFL Draft.

The CFL Scouting Bureau, comprised of CFL scouts, as well as player personnel directors and general managers from the league’s nine clubs, releases its rankings three times each year: in the fall, winter and spring. 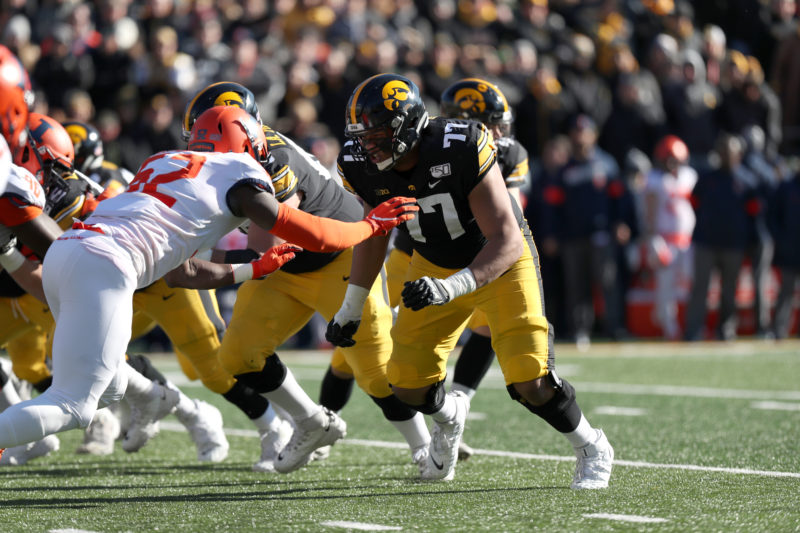 Entering his fourth season with the Hawkeyes, Jackson has been a mainstay on their offensive line appearing in 34 games, all as a starter. Jackson, a native from Windsor, Ont. has twice been named to the Outland Trophy preseason Watch List, awarded to the Most Outstanding Interior Lineman in division I football. Prior to going to Iowa, Jackson attended a prep school in Detroit where he displayed many of his athletic abilities by playing for the team’s basketball, soccer, baseball, and track teams, while setting the school record for most sacks in a single season. Iowa will play their first game of the season on October 24 against Purdue.

A Calgary native, Ogbongbemiga had a sensational junior season, racking up 100 tackles, 15.5 tackles for a loss, five sacks, a fumble recovery and an interception. That stellar play has continued into his senior season at Stillwater, OK. Through three games in 2020, he’s totaled 22 tackles and 1.5 sacks. He set a new career-high against West Virginia where he recorded 13 tackles and a sack in the game. In his career, he has appeared in 41 games, recording 150 tackles, eight sacks and 22 tackles for a loss. The Cowboys are 3-0 and are currently ranked number 10 in the country. Ogbongbemiga played his high school football at Notre Dame in Calgary. 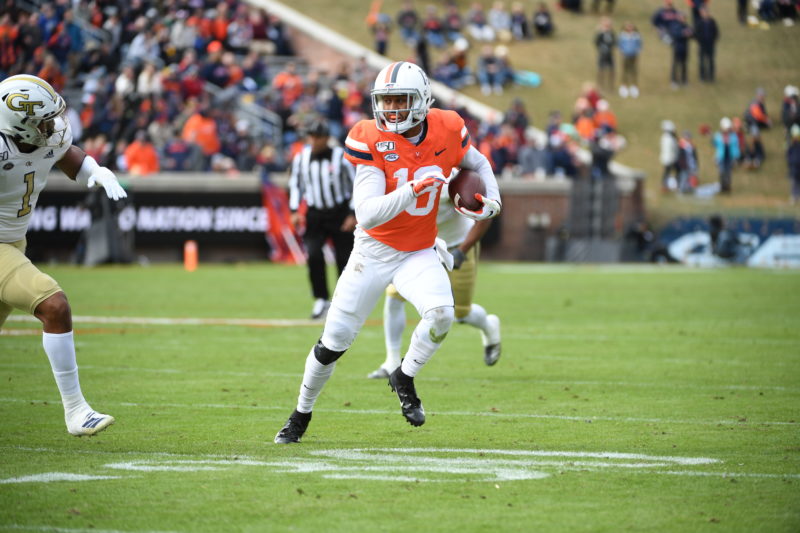 Jana has appeared in 41 games for the Virginia Cavaliers racking up 95 receptions, for 1,134 yards and five touchdowns. He broke out in his junior season, hauling in 73 receptions and 878 receiving yards on the campaign. Through two games into his senior season, the Vancouver native has tallied nine catches for 84 yards, including a 23-yard touchdown over the weekend against the number one-ranked Clemson Tigers. He was named a team-captain for the 2020 season and last year was one of five FBS receivers with 100+ target, 70 percent catch rate and 10+ yards per target. 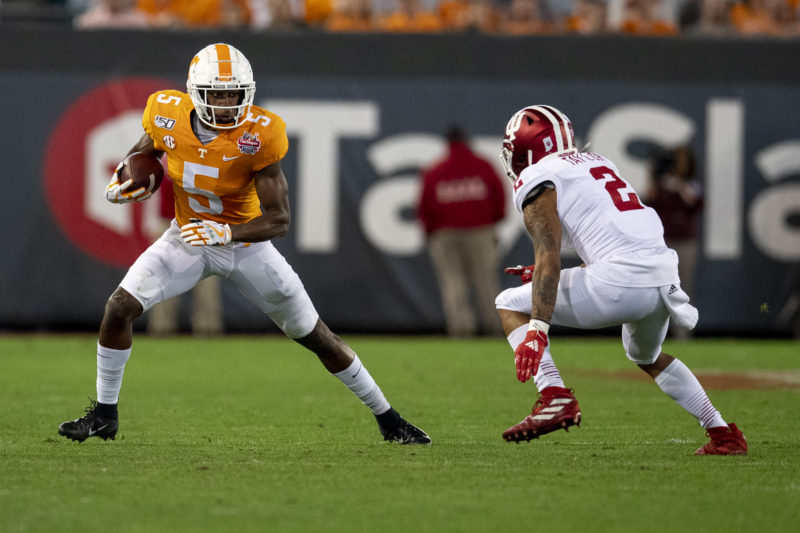 In his career with the Tennessee Volunteers, Palmer has appeared in 39 games, accumulating 1,195 receiving yards, 76 receptions and five touchdowns. From Brampton, Ont., Palmer has had a great start to his senior season. Palmer leads the team with 10 receptions for 156 yards in two games to go along with a touchdown. The six-foot-two, 210-pound receiver will face a stiff test in Tennessee’s next game against the third-ranked Georgia Bulldogs. 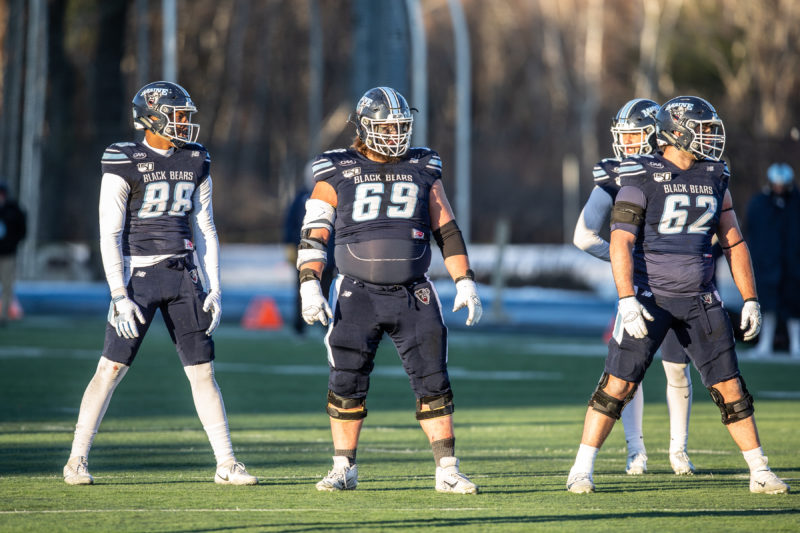 In Dobson’s first three seasons with the Maine Black Bears, he has appeared in 32 games and has started in 27 of them. In his junior season, Dobson was the highest graded Black Bear offensive lineman every game and was named to the All- Colonial Athletic Association (CAA) first team. The native of Ottawa, Ont. was named to Phil Steele’s 2020 Pre-season All-CAA First Team. Maine will begin their season in the spring due to Covid-19.

Please note, players who are underclassmen will not be considered for the Scouting Bureau until they formally announce they forgo their senior season.

Alouettes to fly in style for the next decade with Nolinor Aviation
O’Leary: A summer of growth for OSU’s Amen Ogbongbemiga