Fajardo: ‘I’m just excited for the opportunity at hand’ 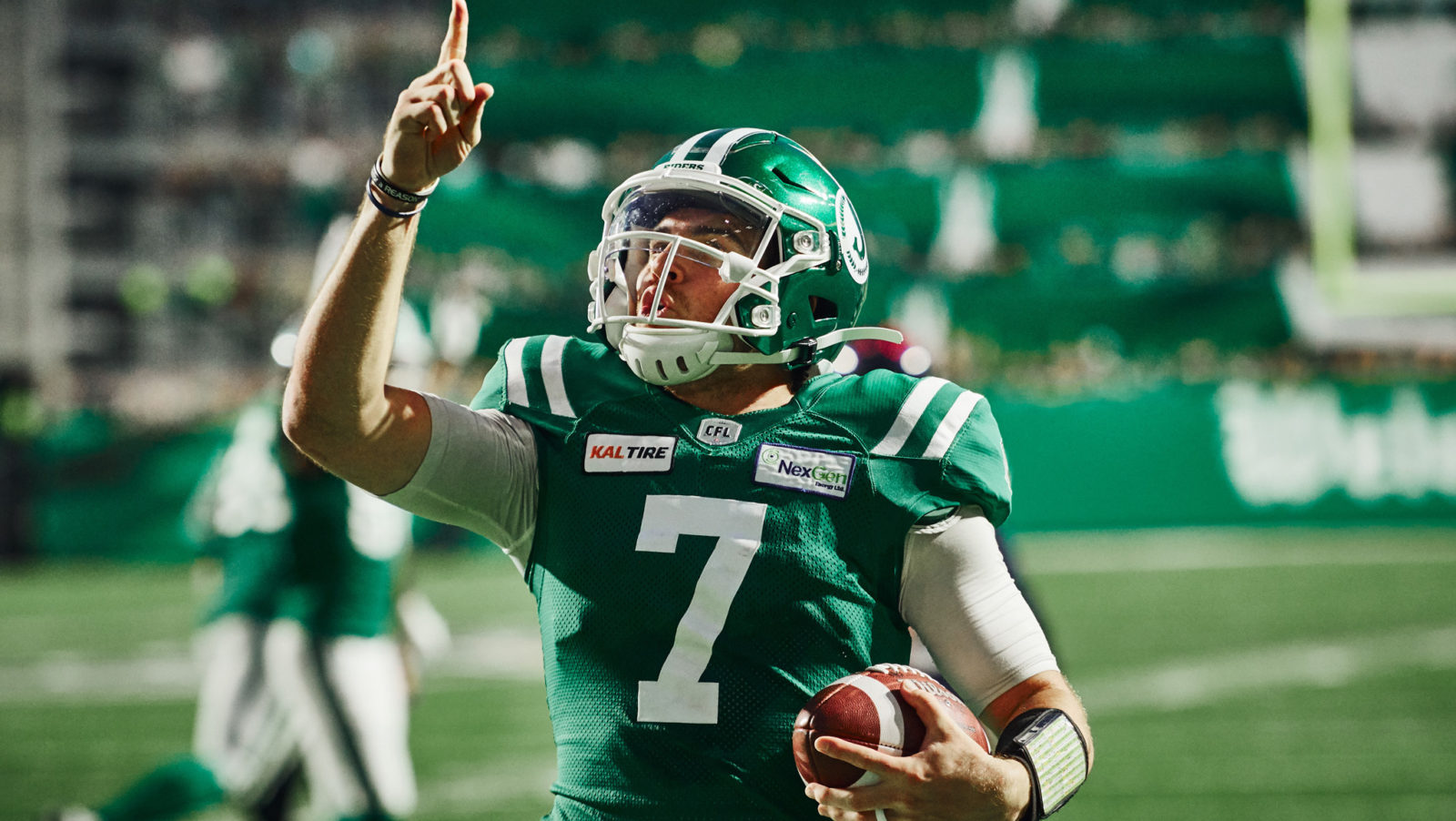 REGINA — When Cody Fajardo and the Saskatchewan Roughriders finalized his new two-year contract extension on Tuesday, he celebrated like any quarterback should; throwing footballs.

“I’m just excited for the opportunity at hand,” Fajardo told reporters on a video conference call Tuesday after his extension was announced. “I’m chomping at the bit to play some football. I went to my backyard after everything was final and I threw the football at a few trees and a few trash cans back there because I just wanted to throw the football and I was excited about it.

“(I’m) very pleased to be with the team for the next few years.”

The deal keeps Fajardo, who played his first full season with the Riders in 2019, through the 2022 campaign. It was his breakout year, finally finding a starting role after many seasons as a backup/short yardage QB on his previous squads. The six-foot-two, 215-pounder was named a CFL All-Star and was the West Division nominee for Most Outstanding Player after leading the league with 4,302 passing yards and throwing 18 touchdowns in 2019. He also showed off his versatility and ability to use his feet by adding 611 rushing yards and 10 touchdowns.

General manager Jeremy O’Day reached out to Fajardo about three weeks ago to begin discussions about extending the franchise quarterback’s contract and came to an agreement early on Tuesday morning.

“We’re super happy that we’ve been able to extend Cody,” said O’Day. “We’re obviously very happy for him and his family and even moreso happy for our organization.”

“We’re hoping that it’s a longterm deal with Cody and we obviously expressed that in the past,” he continued. “Without having a season we were down to the last year of his contract. We really just wanted to make sure he knew we wanted him back for a longer duration. Also just the security that it brings to that position. He’s played at a high level for the year that he’s been able to be the starter and we certainly want him to be a part of it.”

Fajardo isn’t the first Rider to be locked in to new contracts heading into the 2021 season. Before the book was closed on 2020, the team inked a few star pending free agents to new deals, including Nick Marshall, Shaq Evans and William Powell. That was something that excited the Riders’ pivot as he headed into his Christmas holiday.

“Man, my Christmas was made when the Roughriders were making those announcements,” said Fajardo, who also told his wife that those signings were his favourite Christmas presents of the year. “I didn’t even know. It was all a surprise to me, just like when everyone else got it.”

As Fajardo looks ahead to the 2021 season, he’s also looking ahead to helping guide the younger players in his quarterback room. Isaac Harker is still under contract heading into the new campaign while the team inked former Texas QB Mason Fine to a three-year deal in the final week of 2020.

“The best thing about being an older quarterback now, which is weird for me to say, is to help guide these young guys,” he said. “Being there for Isaac last year and just showing him the ropes of the CFL because that’s how I became where I think I am.

“Guys like Ricky Ray, Travis Lulay, Jon Jennings, even Logan Kilgore. I talked about him being the first guy I ever met with the Argonauts and he was a fourth-stringer and I was a fifth-stringer. And he was telling me everything about the playbook and how he goes about it and that’s who I want to be. If a guys beats me out because he’s more talented than me, that’s football, but I’ll never just hold things back or not help a guy because I want an advantage. I want to help anybody that I can.”

Signing a two-year deal was not a hard decision for the 28-year-old after knowing that both his head coach and general manager were also locked in for the same terms and as he eyes the team hosting the Grey Cup in 2022.

“Two biggest things was having (Jeremy O’Day) and (head coach Craig Dickenson) around until 2022,” said O’Day. “Those are big things. Any time you can the GM and the head coach there at the same time (is important). As a starting quarterback, you don’t want to have any changing of the guards, so to speak, in the business aspect.

“That was a big thought for me and my family as well as the Grey Cup. I feel like we were robbed with the COVID stuff in 2020 so I wanted to be able to hopefully play in a home Grey Cup game in 2022.”