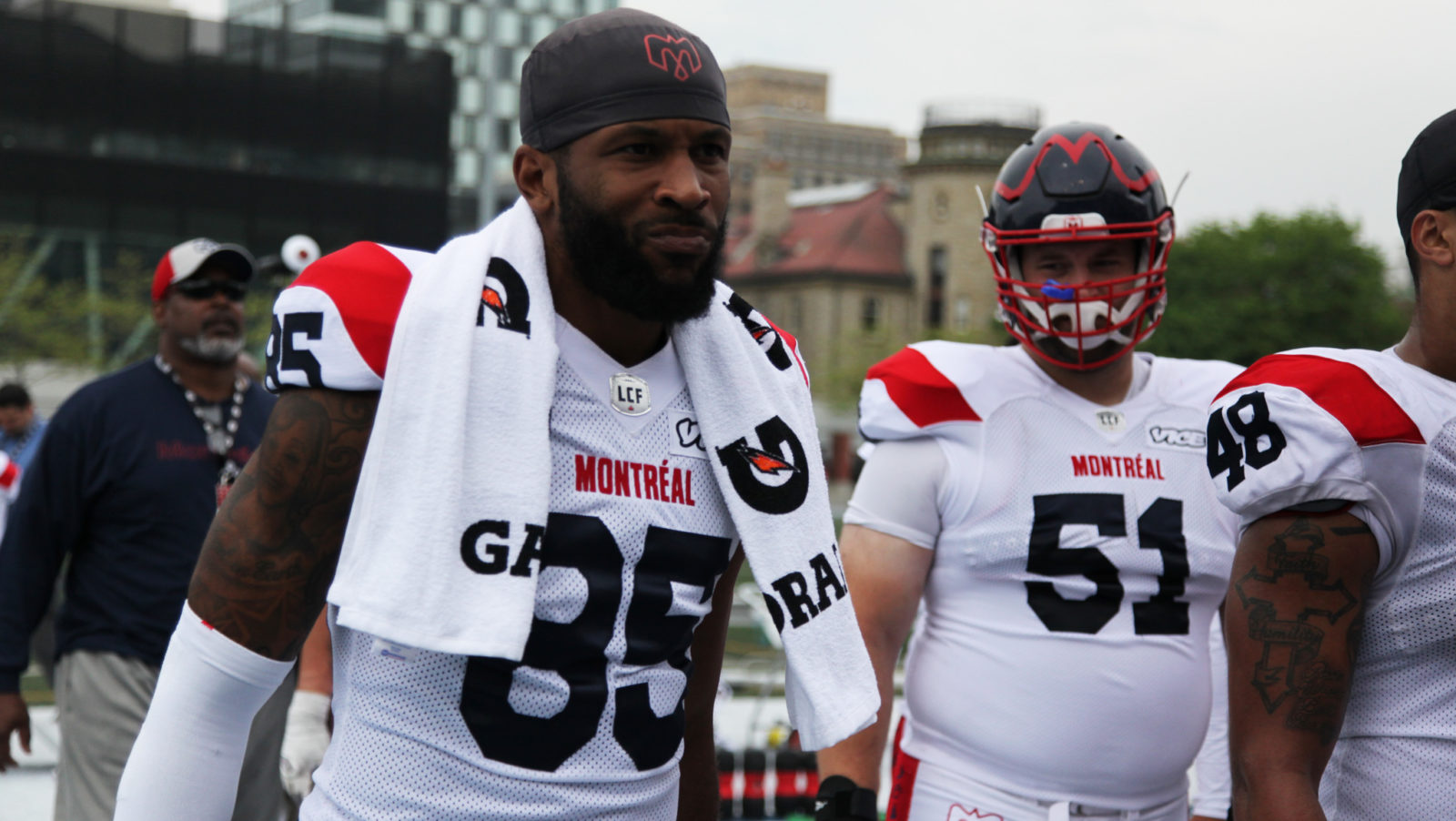 MONTREAL — The Montreal Alouettes announced on Monday that the club has signed American receiver B.J. Cunningham to a one-year deal.

Cunningham was set to become a free agent in February and was ranked No. 26 on CFL.ca’s top 30 pending free agents.

The six-foot-two, 211-pounder will play a sixth season with the Alouettes in 2021. In 2019, he registered 345 receiving-yards and one touchdown on 27 catches, in only six games.

In 2018, the 31-year-old receiver finished the season as the Alouettes second leading receiver with 631 yards on 52 catches, while scoring three touchdowns in 14 games. In his 63 career games with the Alouettes, the Westernville, OH native caught 236 passes, good for 3,267 yards and 16 majors. He notably gained 872 of his 3,267 receiving yards after the catch.

“B.J. is one of the leaders of our receivers’ squad over the seasons. He has been with us for many years and will play a key role to help mentor our younger players,” said Montreal Alouettes General Manager Danny Maciocia. “He has always been one of our quarterbacks’ favourite targets and has a great work ethic, which will for sure be contagious.”

One of the most prolific receivers in the history of the Michigan State University Spartans, Cunningham played in the NFL with the Philadelphia Eagles and was part of the Chicago Bears’ organization. He was selected in the sixth round (183rd total) by the Miami Dolphins in the 2012 NFL Draft.