Burnham: ‘It takes a lot of strength to shrug off discrimination’

2020 has been a big year of reflection in many ways. The Canadian Football League has certainly been no different in that regard and that extends even beyond the COVID-19 pandemic. As part of last week’s events surrounding Grey Cup Unite, Lions star receiver Bryan Burnham shared his tales of discrimination on the CFL’s Racial Justice Roundtable.

Along with sharing their own experience with racial discrimination, the panelists also discussed how the issues of racial justice are still at the forefront in today’s society. Bennett himself opened the segment by stating we have dealt with a whole other kind of pandemic this year.

Each member’s personal story is a real eye-opener. And Burnham himself has carried his personal experiences with him throughout his entire Lions career. They date back to his college days at Tulsa.

“I feel like the strength it takes to shrug off discrimination, it takes a lot of strength to do that,” Burnham explained.

“My college football career, you’re walking out of the tunnel and getting ready to play a football game. Your mom and dad are up in the stands and they hear someone yell the N-word at you, and calling you this and that. You’re sitting here trying to be focused for the game and keep your head in the game, but for me the second you hear that word, in that tone, used aggressively, I feel everything kind of just stops. Everything kind of just heats up. The strength it takes like I’ve said, just to shrug that off; it takes a lot of strength.” 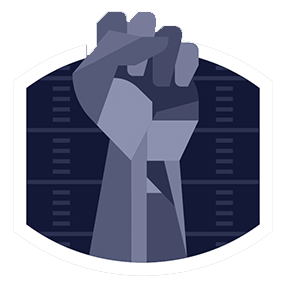 As we know, Burnham has always been vocal on the issues of social justice. That was also evident in the aftermath of George Floyd’s murder earlier this year.

“I think the CFL has done a great job with the whole Diversity is Strength campaign and making the voices heard of the black players in the league,” added Burnham.

“Not just the black players, but the brown players and the CFL going global with the Mexican players who came up. I think people need to continue to be open to changing the outlook on life and changing that view.”

We all know this great league’s history of accepting people with open arms, regardless of skin colour. Namely African American coaches and quarterbacks. The story of Chuck Ealey coming north to the Hamilton Tiger-Cats in 1972 at a time where black quarterbacks simply weren’t afforded the same NFL opportunities was also re-told during Grey Cup Unite. One of the big reasons Warren Moon has five Grey Cups with Edmonton on his resume is because like Ealey, he also dealt with discrimination and wasn’t afforded a similar opportunity out of college to show his stuff in the NFL.

Still, it’s important for everyone to be reminded that we still aren’t where we want to be when it comes to racial justice and equality. But seeing Burnham and his CFL peers continuing to speak out and tell their stories certainly gives hope for a brighter future.