It remains very much the same gig for Danny McManus, Ryan Rigmaiden and Ted Goveia when they are out beating the bushes for prospective new talent for the Winnipeg Blue Bombers.

It’s always been about height, weight, speed, character and whether a guy can just get it done on the football field.

Some of how that information is tracked and compiled in a COVID-19 world, however, has led to a few audibles for the Bombers scouting team.

An example: McManus, the Bombers Assistant GM/Director of U.S. Scouting, was planning on attending the Florida Atlantic-South Florida game this weekend, but that game has since been postponed. South Florida suspended practice this week after learning of positive COVID test results at Notre Dame – the team they played last weekend.

McManus will now attend Saturday’s Miami-Florida State matchup – a game that features his alma matter, the Seminoles, against a Hurricanes team that includes a former FSU teammate on its coaching staff in assistant head coach Todd Stroud.

“It’s a little different,” began McManus from his home base in Florida. “I did the Florida State-Georgia Tech game and you couldn’t go down to the field to get a look at the body types because the ACC wasn’t letting anybody on the field except players and staff.

“It’s something you just have to deal with. I mean, would I love to be able to get down to field level and be able to stand next to a kid, look at his body type and get a better feel for it all? Yeah. But that’s just not doable. Some of these extra steps we’re finding are making things a little more helpful, too. We’ve had more conversations with their coaches and are reaching out to more contacts.”

“We’re communicating a lot more with our NFL contacts as well because they’ve got a little more insight they’re able to get a little bit easier than we are. No one is allowed to go to schools yet (to scout), but with their contacts we can tap into what they have heard and how it compares with yours.

“The neg list is still the lifeline of our team,” McManus added. “It’s ongoing. It never stops. It’s just a different way of approaching it.”

McManus said scouts are required to wear masks at all times and at Miami’s Hard Rock Stadium, where he will be on Saturday, there are plexiglass partitions in the press box, while a second press box has been built outside.

“Usually the buffets in the press box, especially the Florida State one, are always good. Now it’s a box lunch from Chick-fil-A, so it’s a bit of a downgrade,” said McManus with a chuckle. “Usually I go for the buffets and there’s a player or two I can see.”

Each CFL team unveiled 10 names from its 45-player negotiation list on Thursday to give fans a glimpse at some of the possible future stars to which a club has exclusive rights. 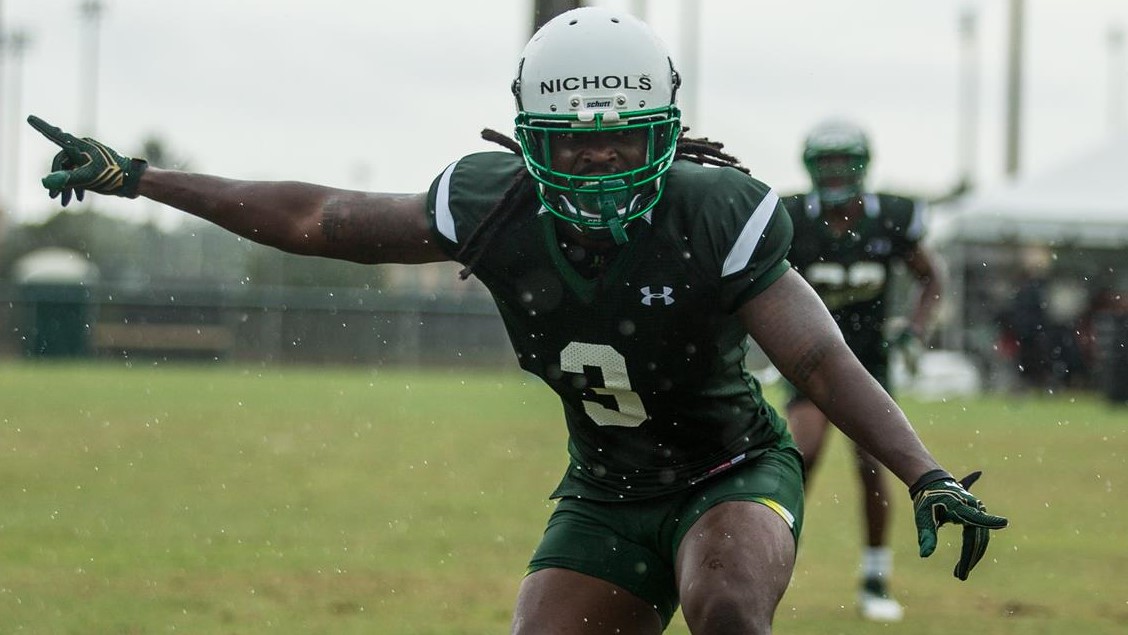 BlueBombers.com asked McManus to offer a scouting report on each of the 10 names revealed from the club’s list:

McManus: “He’s good in the pocket, can move around with the football. Very accurate thrower. Smart, able to adapt quickly and he’s been in a very good program at Notre Dame where he has proven he can win some football games.

“Good leader. He’s not the type that will put himself out in front of the team, but will do the stuff himself first and have his teammates follow.”

McManus: “Good defensive back. Ryan (Rigmaiden) has seen him in person, I’ve seen him in person. We like him. He’s travelled quite a bit through the NFL and just got added to Tennessee’s practice roster this week. I believe he’d be a good boundary corner who can cover man to man. Good, long speed who has a knack for finding the football and making plays on it.”

McManus: “We put him on (the neg list) as a freshman, so we’ve been tracking him for a while. Quality quarterback. Strong arm. Can move around. Very similar to Ian. A leader who will probably be a four-year starter by the time he gets out of Baylor.”

McManus: “Ryan saw him at James Madison and then at Baltimore’s training camp this year. He reminds me of the guys who have been very successful in the CFL that if they don’t get to the passer can get their arms up. That’s one of the things we look at now especially: if you can’t get to the passer, let’s find some guys with length who might be able to his hands up in the quarterback’s face to distract him or deflect the football.

“That’s the way coordinators are thinking now with quarterbacks getting the ball out of their hands a little bit quicker.” 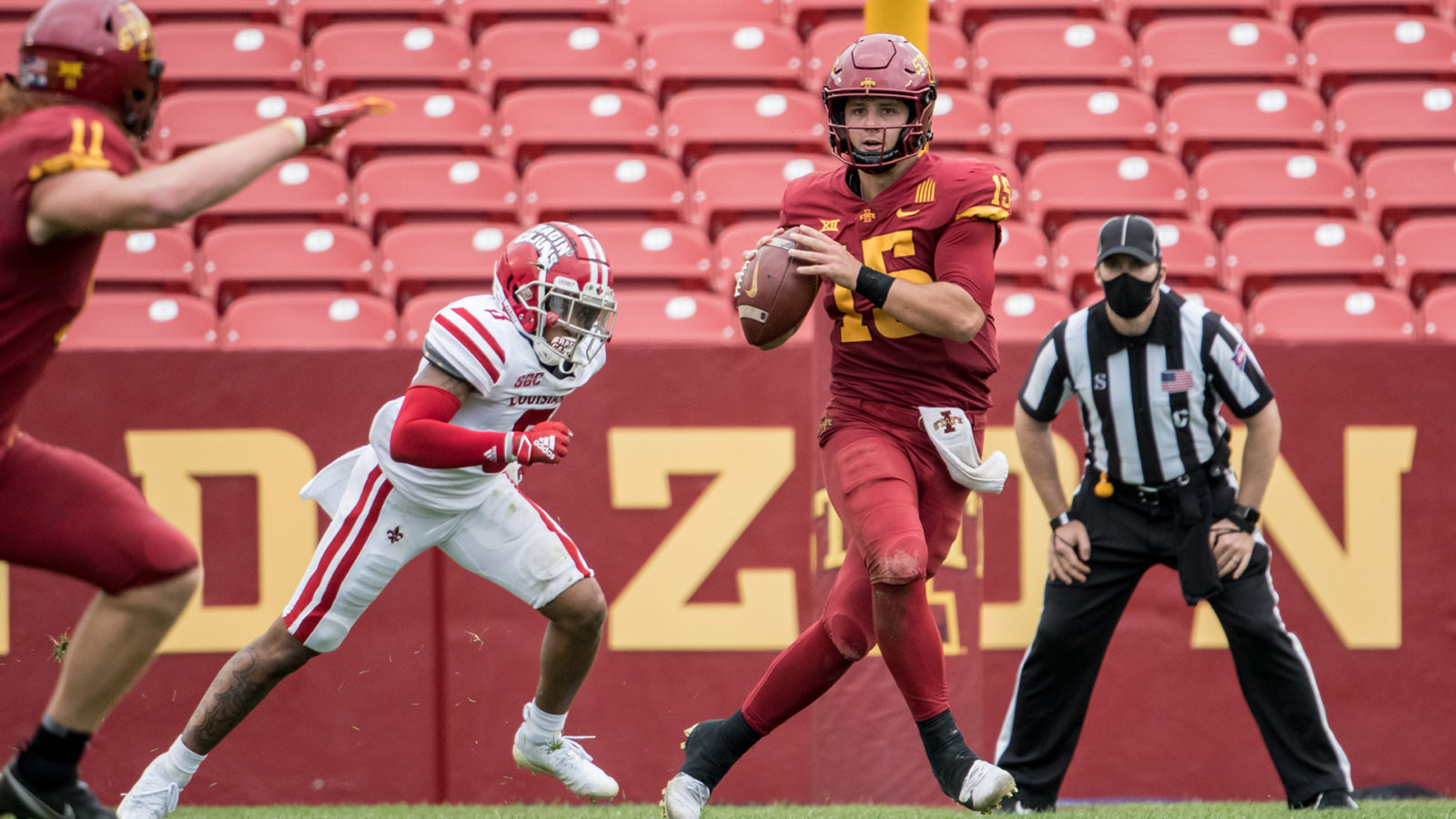 McManus: “He’s been around the NFL a little bit. I saw him when he was with Tennessee and he was just recently with the Raiders. Good pass rusher. Very strong hands. Nice first step at the snap to beat the offensive tackle. He could be a force on the defensive line.”

McManus: “He was a quarterback in school. We saw him there and then he came to one of our workouts in Austin, Texas and was doing a bit of work at receiver and quarterback. He got a look in Cleveland as a receiver, where Ted (Goveia) saw him and Ted liked him. He was on another team’s neg list and when they took him off, we put him on ours. We see him as a receiver, but one with quarterback capabilities and that could be important if you’re only allowed two quarterbacks on the dress-day roster.”

McManus: “Offensive tackle. I tracked him with Central Florida and then he made some NFL rounds. His last team was Dallas. He had some injuries last year and was on IR with Dallas and got released by them this year. We like him. Could be a left tackle… you’re always looking for guys who could be a left or right tackle, but when you find a guy you think could be a left tackle you try to get him on.”

McManus: “He’s been around the NFL and showed well in the XFL before they folded. He got a contract with the Saints this fall, but when they reduced their numbers he got released and was picked up by Miami. Again, numbers caught him. I see him as a boundary half, boundary corner. Good cover guy, good ball skills. Attacks receivers. Physical player.”

McManus: “He’s been on our neg list for a while. Ryan saw him as a freshman and liked the kid. He’s got a lot of grit to him. He plays well in big games. He’s had a little bit of a slow start this year, but last year he did very well. He still has another year of college after this year.”

McManus: “Ryan and I both saw him when he was with Washington. He’s bounced around the NFL, XFL, AAF. He’s a smaller tackle… in the NFL he’d be a guard, but in the CFL he’d be a tackle and he has the foot speed to be a right or left. A good kid who has interest in the CFL.”

Worth noting: while neg lists used to be strictly confidential, CFL teams now reveal names from their neg list twice a year to help generate publicity and interest among its’ fan bases.